What's On This Page?

Magazino displays a featured slider above grid thumbnails. The homepage slider is automatically activated when at least two posts have been published.

You set a featured image in a post as follows:

1.  Scroll down to Featured image module. 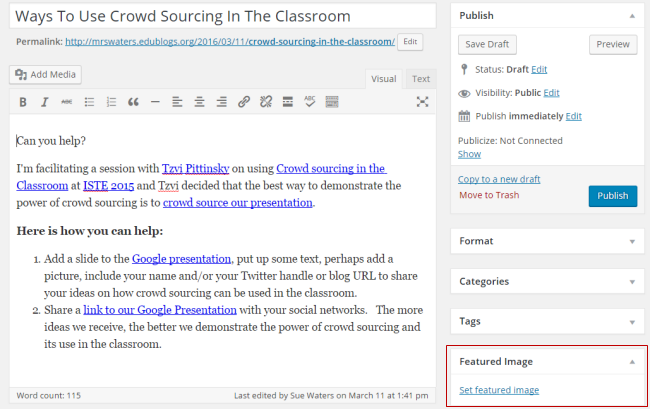 3.  This launches the Featured Image window where you can upload an image or select an image from your media library.

4.  Once the image has uploaded, or you’ve selected the image you want to use, click on Set Featured Image. 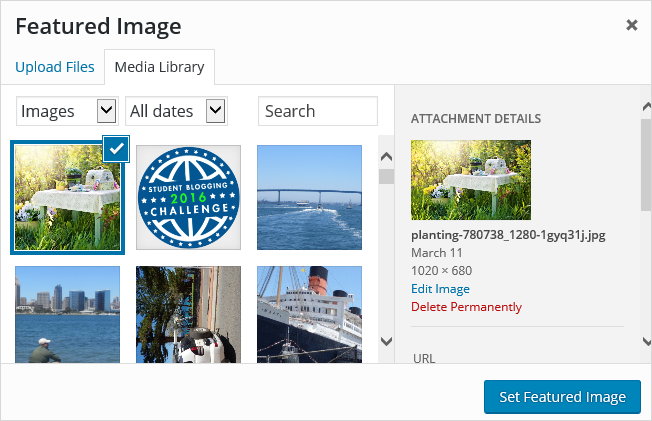 You should see the image displayed in the featured image module. 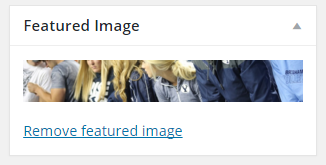 All posts are automatically displayed in the featured slider.  You can set specific posts only to display in the slider by setting the posts as “Stick this post to the front page“.

1.  Click on Edit in the Visibility area of the Publish module. 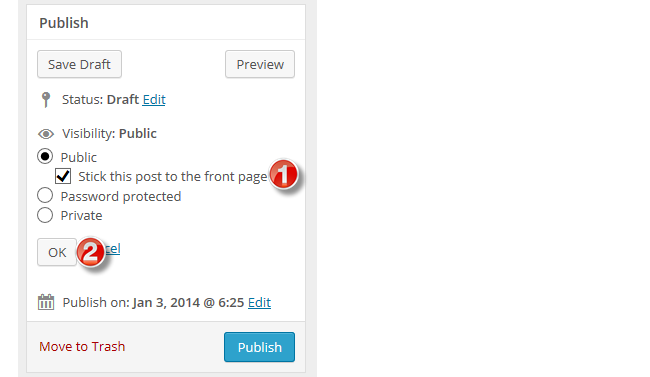 The theme was altered to work this way to provide users with better control over how images are displayed in the slider and grid thumbnails.

The image used for the grid thumbnails is 300 pixels wide by 200 pixels high.  Large images may not load properly in the thumbnails and could be cropped.  If you don’t want the image cropped it is best to resize the image to 300 x 200 before uploading and then insert as the full size image or select medium size (300 x 225) when inserting the image into the post.

You won’t see an image in the grid thumbnail if an image isn’t uploaded to the post.

Open the post and upload a new Featured Image to the post of 1000 pixels wide by 300 pixels high.

This means there are no images attached to the post.

You fix this as follows:

3. Upload a photo from your computer and insert into the post.

Post is displaying the wrong image in the grid thumbnail

The first image uploaded from your computer to the post is the image displayed in the grid thumbnail.

If the image you wanted displayed isn’t the first image you uploaded you need to go to Media > Library and deleted any posts attached to the post.

Once all photos attached to the post are deleted you fix as follows:

3. Upload the photo you want to appear in the grid thumbnail from your computer and insert into the post.

5.  Check your homepage to confirm the correct image is now loading.

6. Now upload any other additional pictures you want to the post using the Add Media button.

Sometimes your uploaded image will not show up on the homepage even if it is the first one attached to your post. This seems to result from the image being previously uploaded to the media library and then added to the post from the library.

To ensure that your image appears on the homepage, use the Add Media button in your post editor to upload the image from your computer directly into the post.

Also, be aware that the same image can not be used as both the featured image and the grid image on the home page. If you add an image to your post content and then set it as the featured image, the grid thumbnail will appear blank.